Do we need to worry about the increasing number of deleterious genes in our genomes? Review of Alexey Kondrashov: Crumbling Genome

The title of the book is a good description of what the book is about: the negative effects of deleterious mutations on individual humans and human populations. Deleterious mutations (literally: 'causing harm or damage') reduce our fitness and wellness. That is worrying by itself, but a 'Crumbling genome', a genome that is slowly disintegrating, is plainly alarming. Furthermore, healing our genome is fraught with ethical dilemmas.

Alexey S. Kondrashov (2017) 'Crumbling Genome. The Impact of Deleterious Mutations on Humans'. Kondrashov is a population geneticist and Professor of Ecology and Evolutionary Biology at the University of Michigan. He published in Nature about deleterious mutations, the evolution of sexual reproduction, the rate of human mutation, and mutation load.

In evolutionary biology fitness is defined as the number of offspring. Deleterious mutations reduce fitness. According to Kondrashov, we mostly care about our wellness, not about the number of children. Mutations are natural, inevitable and spontaneous in every species. Natural selection eliminates bad mutations. But 'the problem' is that natural selection in the human species has become less severe since the Industrial Revolution due to improvements in living conditions (efficient food production, better healthcare, etc). Especially, advances in medicine led to a dramatic relaxation of selection against many mutations. That means that natural selection less efficiently removes deleterious mutations from the population. Inevitably, mutations accumulate. Eventually, in the course of many generations, this will cause "a meltdown of fitness and wellness". That is his Main Concern. Indeed, enough to worry about. Additionally, there is the paternal age effect: older fathers produce children with more mutations [2]. When parents have children at older ages this effect will increase.

The magnitude of the effect is unimaginably large: "The genotype of a healthy human carries at least ~1000 substantially deleterious alleles." [5]. At the same time "~3% of humans are born with a Mendelian disease". "I believe that the total mutational pressure [6] on the health of young people, due to the contribution of de novo [7] mutation to both Mendelian and complex diseases, is between 0.02 and 0.05." (chapter 13). "a 20-year old father transmits to his child ~25 de novo mutations, and a 50-year-old father transmits ~85 de novo mutations." (chapter 13). How many mutations are removed from the human population? Of the ~10.000 protein-coding gene variants only ~1000 are subject to a substantial negative selection (chapter 8). Still, this doesn't mean, they are completely removed. By definition, only lethal mutations are removed.

Wellness is an important concept in Kondrashov's book (chapter 12). He defines wellness in terms of disease, disability, less-than-excellent health and death. Deleterious mutations reduce wellness without killing people. The standard definition of 'deleterious mutation' is 'having lower fitness'. Despite this, 'fitness' is not his biggest concern.

Probably the most important chapters are chapter 14 in which Kondrashov discusses ethical issues and chapter 15 in which he discusses what we can do about the growing number of deleterious mutations. He avoids the mistakes of the past (eugenics) and adopts a humanist ethics. This means that every human being has the same dignity and rights. No state should interfere with fundamental human rights. But, a humanist ethics also implies that prospective parents have duties regarding the genetic health of children. An important  thought experiment: 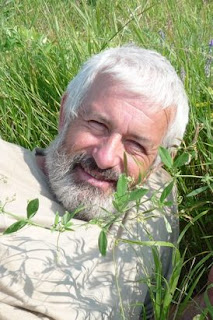 "Imagine, for the sake of argument, that there is a pill that reverts some, or even all, clearly and unconditionally deleterious alleles in my germline cells to their normal alleles, without any side-effects." (14.3)[1].

Would you do that? Kondrashov argues that we have a moral obligation to take this hypothetical pill. The general reader will be interested in the very thoughtful discussion of the ethical aspects of how to prevent the birth of children with genetic diseases or how to prevent that deleterious alleles are increasing in the population. What can individuals do, what can governments do? Is it moral to produce children with a known disease risk? Is a mutation-less genome a realistic goal or is it a 'Mutation-less Utopia'? If it is an unrealistic goal, what can we do without Germline Genotype Modification? Kondrashov suggests that "It would be wise for governments to treat sperm storage as a public health issue." (young adults tend to have less mutations).

Another somewhat less ambitious but more focused approach, which I would prefer, is "removing mutagenic features from the human genome. This would substantially reduce the genomic rate of spontaneous deleterious mutations". An example is the "hypermutable CG sequences within protein-coding exons, which are responsible for up to 50% of pathogenic missense mutations causing Mendelian diseases."  (missense: one amino acid is replaced with another).  I also prefer this approach because it is a case of addressing mutagenic causes rather than the effects (mutations). It could be tried with the latest CRISPR-Cas9 method and in-vitro fertilization in mice or rats without causing any harm to the animal. (You don't feel mutations!). A similar approach would be improving DNA proofreading (copying fidelity) in somatic as well as in germline cells. If successful, couples who already are going to use vitro fertilization would be obvious candidates. A really easy and low-risk option would be exploiting the anti-mutagenic activity of for example Lavandula angustifolia (lavender) essential oil. Quoting Kondrashov: what is inherently wrong with active anti-mutagnesis?

In chapter 15 Kondrashov expresses his and my own doubts: "Thus at the present level of understanding of the connection between genotypes and phenotypes, knowing your own complement of potentially disease-causing alleles can do more harm than good, by causing fruitless anxiety and encouraging unnecessary tests, without providing any medically actionable information." As mentioned above, there seems to be a discrepancy between the number of ~1000 substantially deleterious alleles per person and the fact that only between 2% - 5% of young people carry de novo mutations with cause Mendelian and complex diseases. With 1000 substantially deleterious alleles (in functional genes), we all should be sick, need medicines, or be admitted to a hospital. I wonder whether Kondrashov is too pessimistic in his estimates of the number of serious harmful mutations in our genome [5]. His Main Concern is 'only' the those mutations that do not reduce fitness, but do reduce wellness. Especially, because there are thousands of them in every human genome and they keep accumulating during the generations. Those thousands of deleterious mutations apparently can be tolerated. For now.

It seems that we currently don't have enough knowledge to worry about deleterious mutations in our genome. In fact, I found many pages where Kondrashov admits that we do not know enough to conclude how bad deleterious mutations are for our wellness. And we don't know how much natural selection is relaxed since the Industrial Revolution. The book could be viewed as a stimulus to do more research. As it happens, after the book was published, a study in Nature appeared: 'A massive effort links protein-coding gene variants to health' [3]. That is precisely the kind of study we need!

The natural way deleterious mutations are eliminated is natural selection. Lethal mutations are eliminated automatically. The substantial deleterious but non-lethal mutations are not eliminated in humans. They accumulate in our genomes. They reduce our wellness. We could solve this with medicines and therapy, but this keeps the mutations in the population. A better solution would be somatic gene therapy or even better germline gene therapy. This creates ethical dilemmas. The concept 'crumbling genome' is not a well-defined scientific concept, but represents a paradigm shift in our view of the human genome. 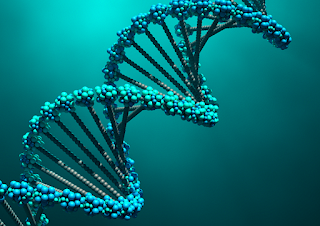 After this post was published I noticed an article in Science: "Sequencing projects will screen 200,000 newborns for disease genes."  They wil test 200 rare, treatable genetic diseases. The test will only include well-studied genetic variants that are almost certain to cause symptoms before age 5. My comment: this is good for the children, but since it is postnatal screening, the mutant alleles will stay in the population. This is only screening, not (germline) genetherapy.

Another Science article is about cancer gene therapy: Teen’s leukemia goes into remission after experimental gene-editing therapy: good for the patient, but it is somatic genetherapy and thus does not eliminate deleterious germline gene variants.

Humans have a lot in common with Highland Cattle! Let me explain...

NIA (Nature Identification API ) is the image recognition software that helps identify animal and plant species at observation.org. It all started in 2019 as ObsIdentify and was introduced on the Dutch website waarneming.nl. It is also available as an app. The purpose is automatic identification of animals and plants. The identification of a species is always presented as a prediction, it is never the final answer. A human moderator always makes the final decision. It is especially useful for inexperienced users (and fun for the experienced users). Since its appearance NIA was trained with a growing database of thousands of validated pictures. One would expect that its success rate would steadily increase. which is probably the case. But, I don't yet have definitive data about NIA's performance. However, I have noticed that its predictions have changed in the past few years.

However, unexpectedly, it is still easy to fool the software with pictures of human faces. For example the above computer generated image of a person is classified as Highland Cattle with 100.0% probability. I find that fascinating. How is it possible that this successful software makes such weird errors? Naturally, it sometimes confuses ponies or horses with highland cattle, but human faces? They are in a completely different category. What feature in the human face could be the cause of these mis-identifications? Maybe hair? Compare these two images:

Clearly, duplicating part of the girl's hair enhances the confidence of the 'Highland cattle' prediction from 19.9% to 98.0%. It doesn't matter that it is a distorted face. The specific pattern and color of the hair is enough.

Apparently, other people find this fascinating too. Some people do not only test their selfies, but also unnecessarily save them to the database. The system does not reject human faces automatically, simply because it thinks they are animals. I found the following pictures among the Photos of the 'Highland Cattle' of observation.org:


These four pictures are identified as Highland Cattle albeit with low probability, except for the dog. Obviously, they have not yet been seen by moderators. Otherwise they would have been rejected, I guess.

We humans have a lot in common with Highland Cattle! The pictures are not hard to find. The website thispersondoesnotexist.com produces an infinite number of human faces. Many of them are identified as animals. Some of them with high certainty. Endless pleasure to find them.

I found a very carefully executed time-lapse of a young women with one picture every week during 2 years:

This is really a great idea, but the most surprising thing is that every picture is classified as 'Cattle' or 'Highland Cattle' by NIA (observation.org):


I tested 10 pictures of the time-lapse: all are 'Cattle' or 'Highland Cattle' with probabilities ranging from 32% up to 99.4%. Again: we humans have a lot in common with Highland Cattle! For example: hair.

The NIA algorithm makes mistakes a child would not make. So, is this a stupid mistake? No, not really. It just views the world differently. And, it hasn't been trained to recognize humans! It is very good at what it has been trained to do: recognizing wild animal and plant species. NIA would only be in serious trouble when it identifies a wrong animal or plant species with 100% certainty.

Most humans are very good at recognizing human faces. The average person can recognize 5000 human faces and superrecognizers up to 10,000 humans. But most humans are very bad at recognizing wild animal species. Exceptions are top observers such as Remco Hofland with 8694 species. At the Dutch website waarneming.nl top observers Ruud en Betty van Middelkoop have a list of 9522 species. So, I guess, NIA / ObsIdentify most 'know' at least 10.000 species...

Other blogs about NIA