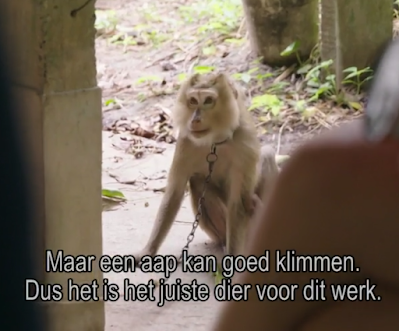 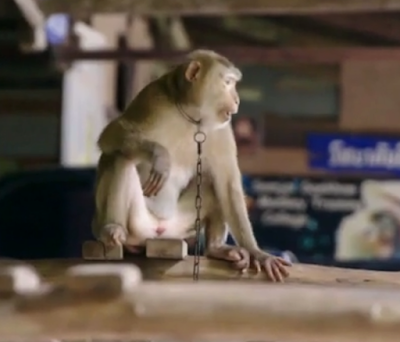 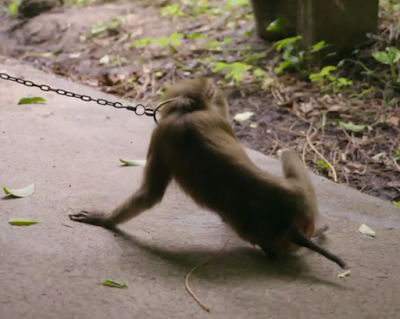 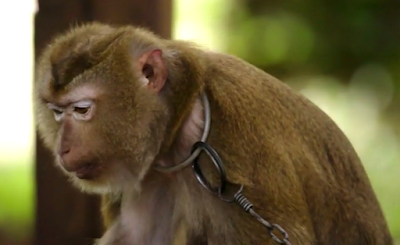 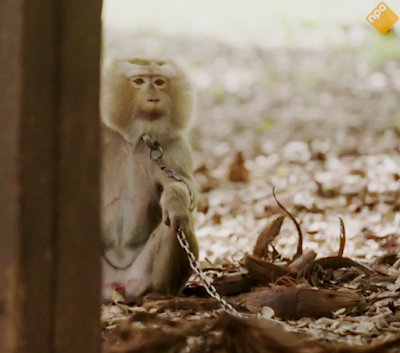 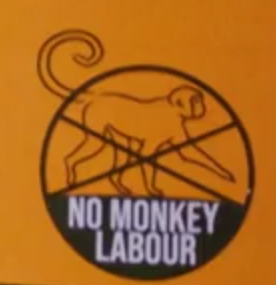 "We are aware that monkeys are used to harvest coconuts on small farms in certain territories although, it is unlikely that these coconuts would enter the global supply chain. If we are made aware that a product uses coconuts that are harvested by live animals, then this product would not be eligible for the Trademark.

Since we became aware of this issue in 2016, we have been conducting research and contacting suppliers. The majority of coconut suppliers we've spoken to confirm that humans with long sticks or machinery are used in the harvesting process in these regions." [21 sep 22]

Did Nick Lane solve the origin of life?


Solving the origin of life is showing that non-enzymatic chemical reactions can create the basic chemicals of life. There can be no enzymes involved at that phase because enzymes are proteins.

Proteins are highly specific non-random chains of hundreds of amino acids. Such chains must be specified by a hereditary molecule such as DNA. The translation of the information from DNA into a protein is a highly complex process involving very large protein complexes called ribosomes. Also required is the presence of a 'dictionary' that translates the information in DNA into the amino acids of the protein. This is known as the 'genetic code'. The point of DNA is 'producing' proteins. On its own DNA is useless. All this machinery is too complex to be present at the origin of life. So, the big challenge is to create a theory of the origin of life without enzymes and DNA. Nick Lane knows all this. But there is more: any living entity, any cell how simple it may be, requires a reliable and suitable source of external energy. Furthermore, a proto-cell needs suitable raw materials to create the core metabolism and the cell boundary, a membrane. Nick Lane solves all this in his latest book Transformer: The Deep Chemistry of Life and Death in an admirable and impressive way. He describes a very plausible scenario: how proto-cells can emerge, what chemicals and chemical reactions are involved, and where the energy comes from. Indeed, an enzyme-free and DNA-free origin of life. Specific inorganic catalysts are fulfilling the role of enzymes.

Lane did not try to solve the origin of the genetic code in this book, but people in his lab are working on it [1]. Anyway, it is the next step. Needless to say his scenario is a 'metabolism-first' scenario. The competitor, the 'replication-first' (or: 'genes first') scenario, fails because the necessary building blocks have to be formed first. And that is biochemistry. That is metabolism. Lane does more than explaining the origin of proto-cells. He explains and shows in great detail (intimidating for a non-biochemist!) how the universal core of metabolism of every modern living entity is dictated by the physical-chemical environment where life likely had originated ('The Deep Chemistry of Life'). Certainly no small feat. Despite my complete lack of biochemical knowledge I was deeply impressed.

And if that is not enough, for interested readers, he put forward his thoughts about cancer and consciousness in biochemical terms. The book itself is relatively short. The big surprise is the extensive annotated literature list (60 pages) of all the books and articles that were crucial for writing his book and his scientific thinking in general. It's a book in a book. Far from being boring, I found it inspiring. It shows how he learned from other great scientific minds. So, it are personal recommendations. I found important papers I didn't know. Never was a literature list so rewarding. I am going to reread and use it the coming days and weeks as a resource for my own reading and writing.

Nick Lane (2022) Transformer: The Deep Chemistry of Life and Death:

"This book aims to show that the flow of energy and matter through cells structures biological information rather than the other way around. ... genes did not 'invent' metabolism, but the reverse."

Personal website Nick Lane . I used the e-book version (KOBO). The book has been reviewed in Science 30 Jun 2022

The following sources are mine:

- Stuart Kauffman (1995) At Home in the Universe. The Search for Laws of Self-Organization and Complexity (my review). When I first read Kauffman I was impressed but at the same time I was puzzled and worried by the complete lack of DNA in his origin of life scenarios: "There must be more to life than base pairing" (Sorry for Watson & Crick!) "Is there a way that an auto-catalytic set could evolve without all the complications of a genome? ... In short there is reason to believe that auto-catalytic sets can evolve without a genome." (p. 72-73 hardback). The problem is: we live in the age of genomics. Life is unthinkable without millions and billions of DNA bases in our genomes. Only later I recognized how important the omission of DNA was in any origin of life scenario. We must forget all about DNA at the origin of life. Conceptually, a difficult step initially, but crucial. Also, we must forget about enzymes. Kauffman replaced enzymes with auto-catalysis.

I still think that the DNA molecule is the greatest invention of the universe ever. We wouldn't be here without DNA to talk about DNA. Important: DNA is biochemistry too! There may be a non-DNA phase and a DNA phase in the origin of life, but at all time it is biochemistry. At universities genetics (studying  genes) and biochemistry (studying chemical processes) are separate disciplines. In nature there is no distinction between biochemistry and genetics at all.

- Tibor Gánti (2003) The Principles of Life (my review). This book transformed my view of life: the definition and the origin of life. I am still impressed by the clarity and logic of his model of life. He was ahead of his time. Gánti (trained as a chemical engineer) designed enzyme-free systems of life but included a hereditary system as an essential subsystem. The other two subsystems are: a boundary (membrane) and a motor subsystem (metabolism). "Gánti liberated himself from the burden of the genetic code" says Szathmáry." Just like Nick Lane [2]. The logic of Gánti's enzyme-free system is that there must be a chemical system in the first place. Only then it can be catalyzed and regulated by enzymes and genes. Just like Nick Lane [2].

The editors of the 2003 reprint point out: "Gánti points to an interesting possibility: metabolism might evolve without a genetic substance coding for it." (note on p. 127). Gánti: "chemoton theory involves the assumption that the fundamental characteristics of living systems do not depend on an enzymatic regulation." (p.136). About a genetic system: "Self-reproduction, and therefore inheritance in the strict sense, can be achieved without an information-carrying subsystem." (p.125). Please note that the original edition was first published in Hungarian in 1971!

- New origin of life model fatally requires a nonrandom protein, blog 24 December 2012. Nearly ten years ago a biologist had the courage or foolishness to come up with a criticism of the work of two high ranking biochemists. My complaint: "At any stage before the dna-protein world, the presence of a non-random protein, no matter how simple, is forbidden." That's exactly the issue that the current blog emphasizes.