"The evidence that red meats and processed meats are a cause of colorectal cancer is convincing." (Part 2 Evidence and Judgements. p. 116) (pdf download: 31 mei 2011)

Half a century ago, products of the earth biosphere started to reach out for new celestial bodies. The primordial spreading of our planet into the ever-swelling universe has finally begun. A still awkward achievement of social-economic cooperation and cybernetic communication on a global scale, yet a milestone in the three and a half billion years of organic evolution on this planet this is. In future, it may become the mature colonization of our solar system and, in time, our galaxy – or it may become a dead-end. Anyway, the basic element of this adaptive dynamic system is Homo sapiens, a Darwinian agent [1] that itself is a product of a series of emergent transitions [2].

Hal Herzog: Some We Love, Some We Hate, Some We Eat 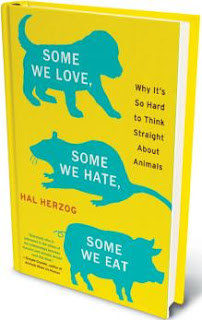 Summary (English)- Hal Herzog wrote a very entertaining study of human-animal relationships. He is a moderate carnivore himself, and that's why it's so hard for him to think straight about vegetarians. 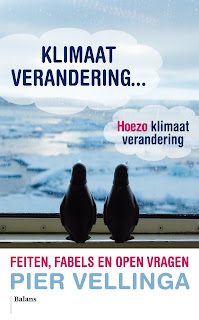