Today, 17 September 2015, the WakaWaka Base is officially available for the public. It can now be ordered on the WakaWaka website. The WakaWaka products are part of a very succesful crowdfunding project which started in October 2014. It attracted 730 funders and closed at 550% funding. From the beginning they aimed at the development of a small solar panel that could power a led light, especially in African villages without electricity (buy one = give one).

When I joined the project there was no product at all. I did not know the people behind the project and there was a risk that the project would fail. And indeed there were technical problems in its development and production. Design modifications were made. Now, a year later, there are four products on the market: two versions of a small solar panel with on the backside two powerful led lights called WakaWaka Light and WakaWaka Power; and two versions of a larger foldable solar panel called WakaWaka Base which includes a separate powerbank and two small led torches (see photo). The WakaWaka Base is reviewed in this blog post.

As a crowdfunder I received my Base10 two weeks ago on September 4 and I  performed a few tests. On delivery the powerbank base10 (photo: green box) was 50% charged and I got it fully charged under unfavourable weather conditions: one and a half day indoors on a very cloudy day with only short periods of sun. A second time under better conditions, more sunshine, I got it fully charged in 6 hours starting with 25% charged. Surprisingly, even indoors one can get sometimes 3 red leds on the powerbank, indicating it is loading at 75% intensity.
My experience is that as early as 1 hour after sunrise (in September) the powerbank shows 2 red leds (50% speed) and maximum charging speed is reached outdoors on a sunny day within 2 hours after sunrise (4 red leds).
When the button in the middle is pressed, it shows 1 - 4 green leds indicating 25%, 50%, 75% and 100% charge.

My conclusion is that when the solar panel is outside in constant sunshine the base10 can be fully charged in about 6 hours. Additionally, the base10 comes with the possibility of on-grid charging, but no adapter is included in the package. That's reasonable I think, because a solar panel is a solar panel.

What can you do with a fully charged base10 powerbank? Firstly, a led torch can be powered when connected to the base10 with an USB-cable (included in the package). This led torch has 3 intensities. Also included is a chargeable led torch which can be used standalone, and also has 3 intensities. The fully loaded rechargeable led torch produces light of maximum intensity for five hours, and then switches automatically to light of the lower intensities during another 45 minutes. In the condensed and somewhat cryptic manual I discovered that the led torches can be connected in series (see photo). The manual says that up to eight (!) led torches can be connected in series. If only they would be available, because I don't see the possibility on the website to order extra led torches.

Furthermore, devices coming with an USB-connector can be charged such as iPad, iPhone, KOBO eReader.

A KOBO eReader can be charged with either the KOBO-cable or the cable in the WakaWaka package (photo). In my test the e-reader was charged from 60% to 100% in less then two hours while the charge of the base10 dropped from 100% to 75%. So, the capacity of the base10 is more than enough the charge to e-reader. It can charge an empty e-book reader in five hours.

I performed a test with an iPad2: it can be charged from 22% to 100% in 4 hours. This means an empty iPad2 can be fully charged in about 5 hours with the Base10. That is, I guess, about the same time or even faster than charging from the electrical grid. Not bad.
An iPhone 6 and iPad Air can also be charged with an Apple cable using the USB-plug to connect to the WakaWaka Base10. One should be able to charge all other mobile phones and tablets with a USB-cable.

I performed all these tests with a brand new WakaWaka. It remains to be seen how well it performs after a couple of years. What happens with the 182,226 wakawakas distributed worldwide at the end of the useful life-cycle of the batteries? How long do the batteries last? According to the WakaWaka website the battery needs to be replaced after approximately 3 years if you use it every day. When used only once a week, you don’t need to replace the batteries for about 7 years. In the FAQ How do I change the batteries? a complicated procedure with a screwdriver is shown and that applies to the WakaWakaPower. There is nothing in the manual of the Base10, if it could be done at all. Changing the battery of my camera is a lot easier. It is not yet possible to order a new battery at the WakaWaka webshop.

What will happen with the old batteries? Will they be a burden to the environment? I hope the WakaWaka company will develop a recycling scheme to prevent environmental disaster. Will it ever be possible to develop a battery that lives for 10 years or more with heavy daily use? Whatever, this is an amazing and thoughtful product which harnesses renewable energy for the benefit of both the Western world ànd the developing world.


This is an updated version of my blogpost in Dutch of 8 September.
I thank Susan for correcting my ugly English and removing some stupid misspellings.

The Wakawaka base10 was sold out at the end of  17 September and today it has been removed from the web shop. Similarly, amazon has removed both base5 and base10. So, there is no possibility to pre-order. At the wakawaka webshop you still can buy the base5, which is somewhat less powerful and costs 20 euro less. The website https://www.solarpowersupply.nl still has a few in store!
I tried to enter a review of the product at the wakawaka web shop, but that is (I think!) only possible via the product page of amazon (!). But since amazon removed the item from its website it is still impossible to write a review.

It is possible to charge a Sony A580 battery NP-FM500H with the WakaWakaBase10 by an adapter and usb-cable (these are not WakaWaka products, but must be ordered at other webshops such as this and this).
With a fully charged WakaWaka the camera battery is charged from 12% to 100% in 4 hours. So, now I have a solar powered camera! [2 Oct 2015] 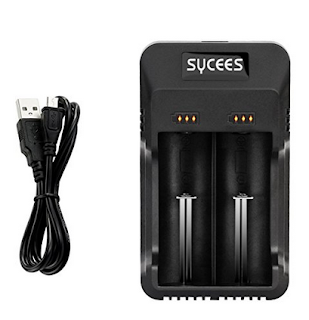 Wakawaka charges shaver with the sun

The shaver (available in amazon) can be powered manually with a crank, but I discovered also with the Wakawaka base10. The shaver is delivered with a miniusb–usb cable. Another device that can be powered by the sun!


The Sony A6400 charged by the WAKA WAKE Base10 with the Sony usb cable. Battery stays in the camera.

With the WakaWaka Solar Panel and Solar Link the Sony A6400 can be charged directly by the sun! (Sony usb cable, battery stays in camera, no special battery adapter required).