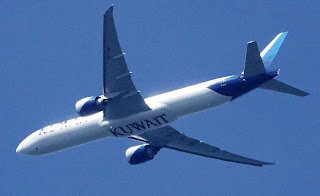 
I wanted to try out the macro capabilities of the SONY RX10-iv with a dragonfly. Now, a dragonfly is not the perfect study object, because dragonflies have very good eyes and are easily disturbed and fly away. But a dragonfly is just too beautiful to ignore.

One advantage is that the dragonfly often returns to the same twig. I used the wide-angle 24 mm position of the lens. I managed to get very close to the insect by moving the camera very slowly towards the head of the dragonfly, taking care not to make sudden movements. The zoom was in the maximum wide angle (24mm) position. In the end the distance to the head must have been a few centimeters (about 3cm). A quick movement of the camera towards the creature will be fatal.  The dragonfly reacts to moving objects. If you don't move, you don't exist.  I removed the lens hood and moved my camera imperceptibly slow towards the creature and it accepted the camera for just long enough to take a few pictures! Success! Perfect! And a surprise.

The eyes and many other features in the pictures are very detailed. I didn't expect this from an all-round general purpose camera like the SONY RX10-iv. But this is a very good result. However, you need a rather sunny day. ISO-settings of 1000 or 400 will not give good results.

Later I will add a few other pictures. And in a future blog I will compare this result with the telezoom position of the RX10-iv and also to the SONY 90mm macro-lens mounted on the SONY A6400. Have a nice holiday! 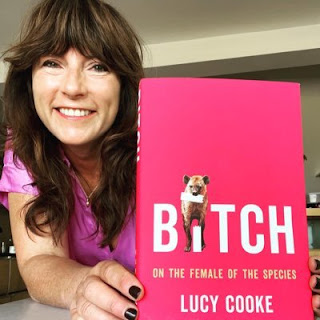 Darwin proposed the theory of sexual selection to explain differences between males and females. His explanation involves females choosing a sexual partner: "The female, though comparatively passive, generally exerts some choice and accepts one male in preference to others" (Descent); "male animals have 'stronger passions' and the female 'requires to be courted', she is coy"; Darwin's 'Law of battle' means a struggle between males for the possession of the female and male dominance is considered a basic prediction of Darwin's sexual selection theory. Darwin's views on women: "man has ultimately become superior to woman".

According to Lucy Cooke all this is typically the Victorian stereotype forced on to nature. She wrote Bitch to demonstrate that this view is one-sided and obsolete. It urgently needs an update. Cooke aims to give the reader a more complete and truthful picture of the role of females in evolution. One of the many examples is the vicious, promiscuous and dominant female golden orb weaver spider who devours her sex partner 'in the act'. Another is the lemur society with female dominance. Darwin and other male evolutionary biologists like Robert Trivers, Richard Dawkins and Stephen Jay Gould wrote a sexist theory. Apparently, a theory from the male perspective. Cooke argues that female competition over mates and resources, and male choice must be added to the picture. But, her book is more than a scientific argument. It becomes clear that her personal mission is to fight for equal rights for men and women (also known as feminism). She writes: "Females are not destined to be passive and coy". Example: "Female ducks are not passive victims but active agents driving their own evolution, along with that of males" (Ch.5). More than once feminism and biology seamlessly merge into one another: "Females across the animal kingdom began wresting back control of their sexual destiny...", "Once females are liberated from the responsibilities of pregnancy and lactation" (Ch.6) and uses anthropomorphic language: "female sexual autonomy", "consensual sexual activity", "from victim to victor", "even female insects enjoy sex", "sexually assertive females", "phallocratic", "second-class citizens" when writing about animals. Only when writing about lesbian albatrosses she explicitly recognizes that 'lesbian' is anthropomorphic language. Sometimes we encounter explicit political expressions such as "Sisters unite!" and "Termites are the original 'anti-capitalist anarchists". Or is this just popular science writing at its best? writing in an engaging way? So we can easily identify with the animals?  Certainly humour ('the singletons' bar', 'albatross discos', etc.) makes this book fun to read. And what about the title 'Bitch"! She could be dead serious and humoristic at the same time.

In each of the different chapters of her book, Cooke presents animals that differ from the standard heterosexual male-female model, non-standard male-female behaviour, female promiscuity, mate choice, unusual sex organs and non-standard sex-chromosomes in animals such as the mole, spotted hyena, vole, songbirds, langurs, spiders, praying mantis, opossums, lemurs, chimps, bonobos and orcas. In addition, she writes about the struggle of female evolutionary biologists to get their revolutionary results  published. It costs a lot of energy to overthrow age-old myths, prejudices and paradigms such as the Male dominance, Monogamy Myth, the 'sperm is cheap' myth, Selfless Mothers, The Myth of Maternal Instinct, etc. That is certainly a recurring theme throughout the book. During reading and rereading this book, I realized that the evolutionary biology of sex itself is a battlefield of the sexes. The battle of the sexes in nature is continued on another level in the textbooks, universities and scientific journals. So deep is the divide of the sexes in the human species that an impartial theory of sexual selection is very difficult.
The diversity of sex and reproduction, parental care, sex determination, is so big, that it is impossible to give a summary here. Any summary would seriously diminish diversity.

Was Darwin completely wrong in the eyes of Lucy Cooke? No, she is fair enough to admit: "Darwin wasn't all wrong on this score, by any means. Male competition and female choice do drive sexual selection, but they are just part of the evolutionary picture. Female choice is indeed a powerful evolutionary force" (Introduction). Despite recurring criticism of Darwin's androcentric Victorian views [1] she recognizes Darwin made an astonishing original claim: "Darwin's controversial claim was that females were not only sexually autonomous but had the wherewithal to make decisions that shaped male evolution" and even his brain! (Ch.2). There is even praise for Darwin's discovery of the rich diversity of sexual systems in Barnacles. DNA research has shown that Darwin was right.  He was way ahead of his time. In the Conclusion chapter she admits that feminist "ideas are now woven into modern evolutionary thinking."

Not withstanding this, In her book Cooke passionately tries to convince the public and scientists alike to correct the lopsided pictures of males and females.

Darwin cannot be corrected –he is dead– but the theory of evolution and sexual selection can and should be corrected. To a large extent feminism and the progress of evolutionary science go hand in hand, considering the current imperfect status of the field.

The theory of evolution should never be used to justify discrimination against any human. That would be committing the naturalistic fallacy. Evolutionary science should be free of male and female prejudice. Politics and religion should be banished from evolution textbooks. Facts unwelcome to feminists should not be downplayed or eliminated from the textbooks. Such as the fact that "in placental mammals the cost of reproduction is borne by the female" (ch.8). Ideally evolution textbooks should be written by male and female scientists. This is not the case. 'Feminist Darwinians' or ' feminist evolutionary biologists' should be an oxymoron. Both 'patriarchal' and 'matriarchal' animal societies should be reported as they are. Any hypothesis, feminist-friendly or unfriendly, should be published and tested.

We humans can change our society, not 'injustice' in wild animals in nature. Nature is just as it is. Would all non-human animal societies be matriarchal, still that does not justify unequal treatment of men and women or heterosexuals and homosexuals. That would be again committing the naturalistic fallacy. Cooke should have elaborated on the naturalistic fallacy: it is a logical fallacy, it is false, not just 'somewhat misguided' thinking. 'Natural' is not the same as 'good'. 'Unnatural' is not the the same as 'bad'. So, from a logical point of view it is mysterious how the true story of nature could be 'empowering for peoples of minority gender expressions and sexualities'. Never derive moral values from nature. Never insert human values in a scientific theory about non-human animals. Never value biological facts because they make you feel (un)comfortable.  Science demands to get the facts right. That should be enough.

I didn't check the correctness of all the 280 Darwin quotes and citations. I hope to check some and publish it as a new page on my WDW website. The book provides more material for discussion than I can handle here. That makes it a good book. Thanks Lucy!