Did the highly transmissible British SARS-CoV-2 variant B.1.1.7 originate in one individual? 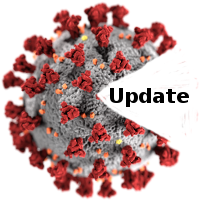 After discovering two immuno-compromised patients with high mutation rates and accelerated evolution, I remembered that the original publication describing the highly transmissible British SARS-CoV-2 B.1.1.7 variant, also discussed immunodeficient or immunosuppressed patients [1]. They discussed such patients for a good reason. They were puzzled with the unusual high number of mutations present in the B.1.1.7 and the fact that they did not see any precursors of the variant. Usually, there must have been a step by step accumulation of mutations. But the B.1.1.7 variant made a big jump in sequence space. They asked: What evolutionary processes or selective pressures might have given rise to lineage B.1.1.7 ?  They noted that an accumulation of many mutations in immunocompromised patients has been reported in the literature. This could also be an explanation of the origin of the B.1.1.7 variant. This is what they conclude:

"These considerations lead us to hypothesise that the unusual genetic divergence of lineage B.1.1.7 may have resulted, at least in part, from virus evolution with a chronically-infected individual. Although such infections are rare, and onward transmission from them presumably even rarer, they are not improbable given the ongoing large number of new infections.

Although we speculate here that chronic infection played a role in the origins of the B.1.1.7 variant, this remains a hypothesis and we cannot yet infer the precise nature of this event."

Knowing this, it seems urgent that these immuno-compromised patients with covid-19 once released from the hospital must be kept in quarantine for a few weeks in order to prevent the spread of a dangerous new variant.

Together with another case [2] there are possibly 4 cases of immunocompromised patients with high mutation rates. The 4th patient (supposed to be the origin of B.1.1.7) is inferred to exist, but has not been identified as far as I know.

Furthermore, if true, this shows that within-host evolution of the virus does not prevent being a better between-host transmitter.